Carole Mills battled on the Thames through the tough, gusty headwind and strong stream to win the WMasD 1x event by 1.3 lengths against a Twickenham RC sculler who had beaten her by a split second recently at the National Masters Championships. 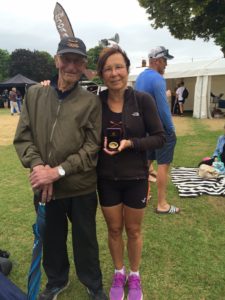 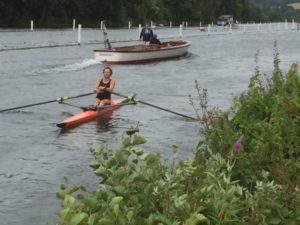 Louise Affleck + Cynthia Jones lost in the Quarter Finals of the WMasD 2x event to a Tideway Scullers crew more accustomed and accomplished at dealing with the Thames. However, it was an invaluable learning experience for this crew to race at international level.

Thanks to Brian Ellis for his expertise, time and patience coaching us. 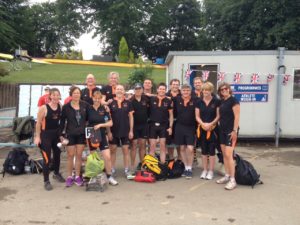 Champs continued their winning streak the following weekend at the National Masters Rowing Championships, Holme Pierrepont. They had their biggest entry (13 crews) and also their most successful Championships by coming 18/110 clubs in the Victor Ludorum trophy which ranks clubs by their success with respect to number of entries.

The races were extremely competitive, some with very narrow margins, Carole Mills missed her Bronze by 0.8 sec in the WMasD 1x, Louise Affleck won her Gold by 2 lengths and the Seahorses won their gold by 0.4 sec. 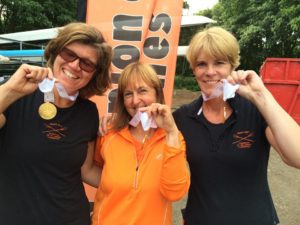 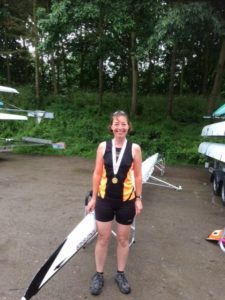 Silver medals were won by WC8+ Seabirds, chasing hard a fast Wallingford RC crew. Argonaughts came 2nd but unfortunately missed out on a C8+ Nov silver medal as there were only three crews in the race. 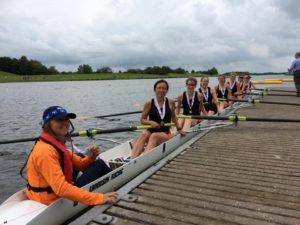 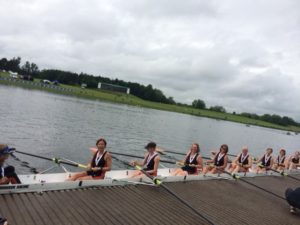 Huge thanks goes to Brian Ellis for his expertise, knowledge, patience and time coaching our crews. 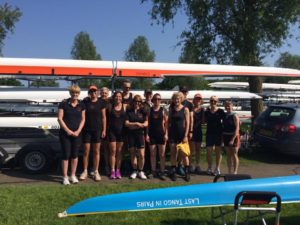 Champion of the Thames RC Masters Scullers had a very successful day in the sunshine and headwind at Peterborough Spring Regatta with wins for: Phil Jones Mas E1x, Louise Affleck + Cynthia Jones WMasD 2x,    Louise Affleck WMasC 1x, Carole Mills WMasD 1x. There were also 2nd places for the Mas D 4x- and for WMas E 4x- crews. Trish Reed also made her final keeping-up with the 20 somethings in the WNov 1x category. 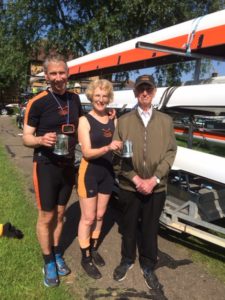 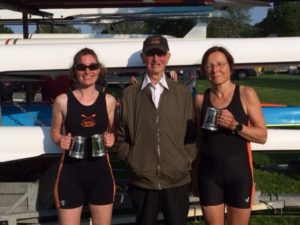 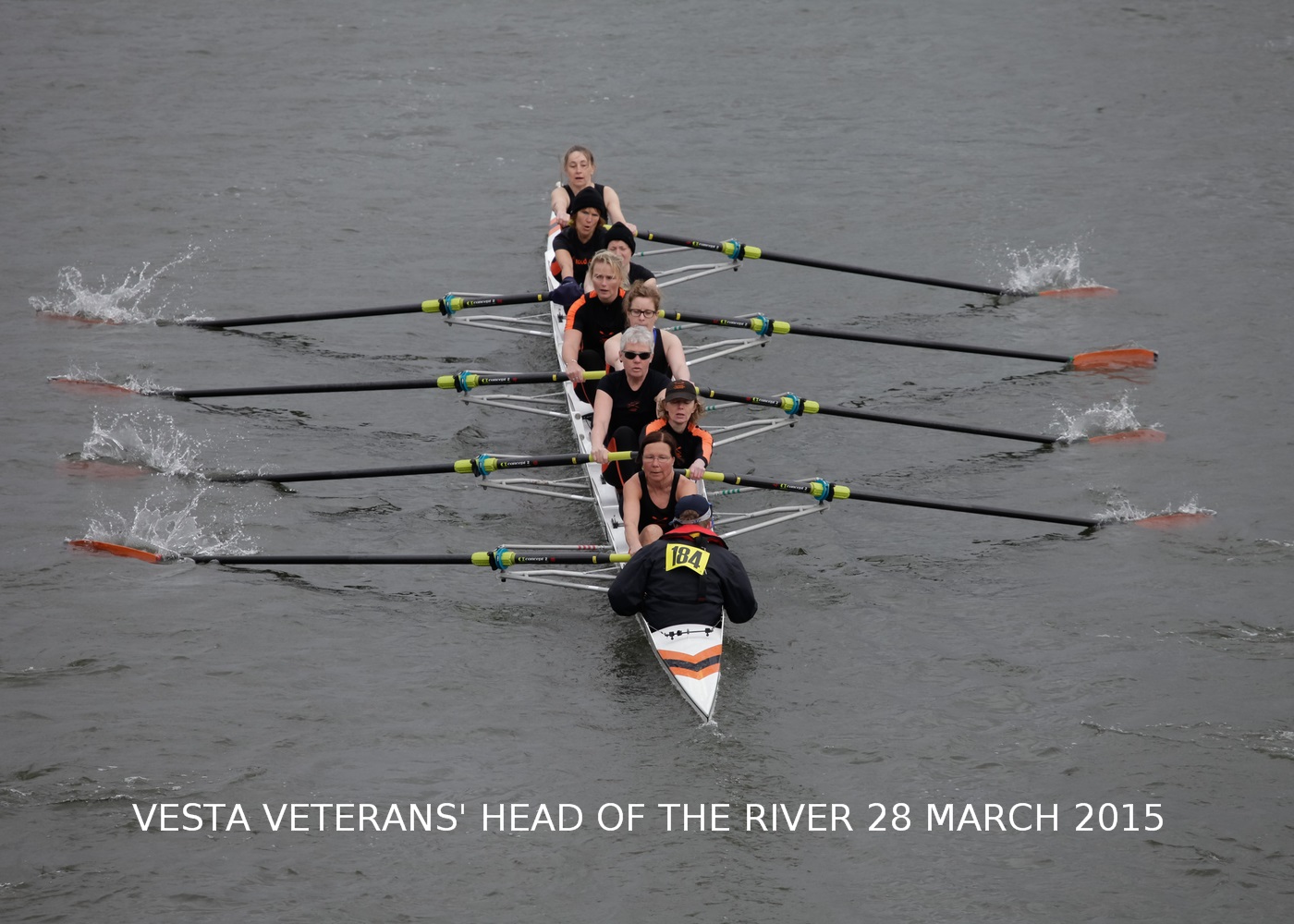 The Champs ladies headed to the Tideway on Saturday 28th March for the annual Vesta Veterans’ Head of the River Race. Taking place over the winding 6.8km of the Championship Course, this race is certainly not for the faint-hearted, with the first test for the ladies coming in the form of the 6:15am coach from Cambridge. Thankfully, this was a challenge that they all rose to, and the “Seahorses” crew arrived on time at the University of London boathouse to meet up with their guest cox, ex-Clare and current Wolfson (Oxford) steersman Edward Mills.

END_OF_DOCUMENT_TOKEN_TO_BE_REPLACED

A thoroughly enjoyable day was had by Champs Ladies Scullers in the sunshine and strong cross-winds at Holme Pierrepoint.

The Mistral 2x of Louise Affleck and Trish Reed won a silver medal in the Novice C race battling with Twickenham RC who just beat them and leaving the rest far behind.

The Quadling 4x- of Louise Affleck, Charlotte Allen, Dawn Birch, Trish Reed (Novice B) had a very close race against younger crews without a head start, coming third in the Novice A race. 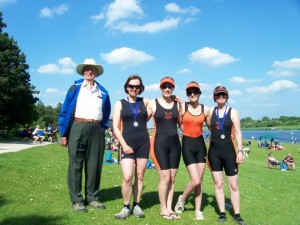