1. Timing it right: when to make that (coxing) call

As coxes, we’re often told that in a race situation, it’s not just what we say but also how we say it. To that oft-quoted dictum, I’d like to add the smallest of asterisks: it’s also very important to think about when we say it. What do I mean by this? Well, I’m not referring to the more general art of ‘making the right call at the right time’, knowing exactly when to call a push on the finishes to move through another crew, or when to say that word that will fire up your stroke-man to crush the opposition — that’s all a topic for another column. Instead, I’d like to look at a simple change that you can make to your coxing that will make you much more effective in your everyday training: timing your calls to match the stroke cycle. 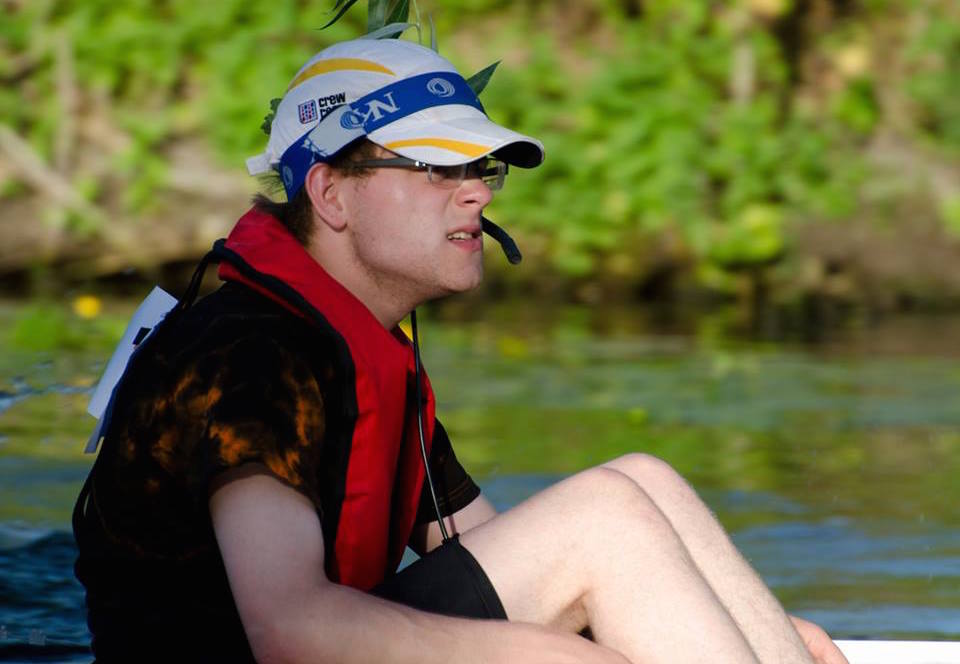 Hmmm … did I call that right? Photo by Lorenzo Santinelli.

When we start coxing, we’re often told to time the ‘go!’ part of any call to the catch — that is, as the blades enter the water at the frontstops position. This is good advice, and generally works very well; however, it can unintentionally make life hard for the rowers. Imagine that you’re planning on taking a corner particularly tight, and need to call light pressure on bowside in order to make this happen.[1] What happens when you say ‘go’ on the catch? Well, unless you have a crew of clones, they’ll all likely start doing different things. Your seven-man might drop the pressure immediately, but other bowsiders might not have had enough time to register the call. This can lead to confusion down the boat, as well as (obviously) the boat not moving in the way you anticipated.

The easiest way to solve this is to change the point in the stroke cycle at which you call ‘go’. You want to time the ‘go’ call at the point where the rowers have the largest amount of time possible between the ‘go’ and the point where they start to effect the change, which in this case would be at the finish. At this point, the rowers aren’t putting any pressure in the water, so their power won’t change immediately, and they’ve got all of the recovery ahead of them to register what you’ve said and prepare to make the change.

Another good example of this rule can be found in the exercise known as the ‘frontstops build’. You may well have done one of these before: it’s essentially the reverse of a backstops build, and it involves the crew beginning by rowing just the first six inches of the slide, legs-only, and then progressively bringing in the whole leg drive, then the bodies, then the arms. If you call for a change (“bodies in, ready, go!”) at the catch, then half of your crew might make the change immediately and swing with the bodies, while the other half might wait until the next stroke. The consequences of this can be more dramatic than the pressure example I mentioned earlier, as this can really affect the direction in which the boat is moving. Once again, the finish is your friend here: by matching the “go!” to the finish, you’ll be giving the rowers more time to register what’s happening and to make the change as one.

This isn’t to say that all your calls should be made at the finish: in fact, the majority of calls are in fact best timed for the catch. In backstops builds, nothing needs to change in how you call them: the catch gives the rowers plenty of time to prepare to come further up the slide on the next stroke thant the last one. It’s when crews are progressing further down the slide that the finish becomes the better point to make the call.

So, the golden rule here is: during the rowing stroke cycle, give your rowers as much time as possible to register what you’re saying. During your next outing, experiment with the effects of making calls at different points in the stroke cycle, and see which your crew prefer for different calls. (Be sure to tell your coach that you’ll be doing this, obviously, but he or she should be happy to let you explore this important facet of coxing.) And, just for fun, have a think about the points in the stroke cycle at which the “go” call should best be made in the following situations:

1 Of course, calling for pressure on a particular side is not the only way to take a corner. I’m a particular fan of calling for ‘sharp catches’ on one side, but that’s a topic for another post … [↵]

This entry was posted in Coxing like a Champ. Bookmark the permalink.