What a beautiful morning! As always, it’s difficult to get up when it’s still dark, but so rewarding to see the river with a heavy mist, trees and grass white with frost and the sun rising. 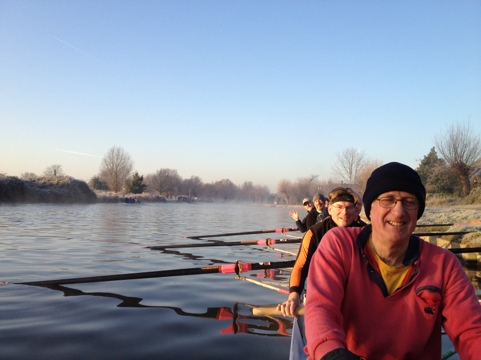 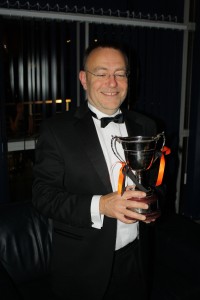 Congratulations to the following Champs members for their well deserved awards presented on Friday 11th November 2011: 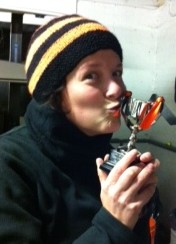 The Millennium Cup was presented to Denis Howlett for outstanding service to the club recognising his fantastic work behind the scenes to keep the club membership and finances running smoothly and also making this website look so good.

Helen Christy received the Tom Green Cup in recognition of the effort she has put into organising junior rowing at Champs for the last 10 years.